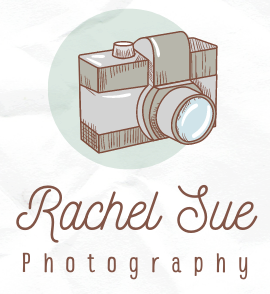 Is Elopement Legal in the USA?

Looking to elope in the USA? This guide will help you understand the requirements for weddings in different states to help plan your elopement.

I love elopements. The non-traditional wedding gives couples a great deal of freedom over their day, breaking free from traditions that don’t suit them. But it can be tricky to organize an elopement if you don’t fully understand the legal requirements of marriage in the USA.

This guide will help you understand what you need to consider when planning your elopement, and make sure that your marriage is all above board.

What Does Eloping Mean

Historically, to elope meant “run away,” or to “escape.” It was usually a secret wedding, carried out when the bride and groom were unable to hold a traditional wedding ceremony.

Why do People Elope?

Couples choosing to elope often cite lower costs as one of the primary reasons for an elopement. Couples also get much more control over their wedding day without the constraints of a traditional ceremony.

In the past, people usually eloped for a secret wedding. This was usually when they had not received parental permission to marry, or if a quick wedding was needed when the woman had fallen pregnant outside of wedlock.

Is An Elopement the Same as a Small Wedding?

Elopements and intimate weddings share some similarities. They are both characterized by their smaller, less grandiose ceremonies when compared to a traditional wedding ceremony.

This intimate wedding I photographed in 2022 may give you an idea of what a small wedding ceremony can look like.

Your elopement will be considered a legal marriage if you’ve followed the rules for marriages in that state.

Many couples wonder whether their ceremony will be recognized as a legal marriage, simply because it feels so different to what a wedding is normally like. This is the whole point of an elopement!

For example, some states require one witness, others require two witnesses, while others don’t require any at all. You should contact a local official to check their requirements for wedding licenses. This way, you can ensure that you plan ahead and aren’t met with any unexpected surprises.

Can I Self-Solemnize My Marriage?

For those who’d like the smallest of ceremonies, you may be able to self-solemnize.
Self solemnization, or a self-uniting marriage, is performed without the need for a third party officiant. In other words, the couple can be legally married by each other. This type of ceremony is ideal for those who want to keep their numbers down to the absolute minimum.

Self-solemnization is not available in all states, and those that do it allow it often have some caveats. You can legally self-solemnize in: Wisconsin, California, Colorado, District of Columbia, Illinois, Kansas, Maine, Nevada and Pennsylvania.

Where is it Easiest to Self-Solemnize?

There are two states which allow self-solemnization without any restrictions or requirement for witnesses: Colorado and District of Columbia. If you’re looking to minimize the number of regulations to meet, and want to marry with the fewest people present, they would be good choices for locations.

Do I Need Witnesses for My Wedding?

Witnesses play an essential role in a marriage ceremony. Whilst it’s often considered a ceremonial honor to be a witness, a role reserved for someone close to the bride or groom, they do also play a legal role.

A witness is required to ensure that both parties consent to the marriage, that is has been performed by a proper officiant who did their job correctly, and the marriage was done legally. Essentially, they offer some protection to the couple so that their marriage will be legally recognized.

The requirements for witnesses vary by state. If you’re unsure about how many witnesses you need, or who can perform the role of a witness, you should check with a local official in that state.

What If My Ceremony Won’t be Legal in the State I Elope to?

Ok, so you’ve done your research and found out that some aspect of your ceremony won’t be legal in your chosen state. Perhaps you want to self-solemnize but you can’t? Or maybe you don’t want witnesses?

In cases like these, couples often choose to have the ceremony that they want, and leave out all of the legal stuff. They can then do the legal parts in private either before or after the wedding.

This brings the best of both worlds, with couples getting to have the ceremony they want and profess their love for one another, and get the legally binding documents too.

Do I Need a Marriage License?

Yes, you will still require a license to marry in most circumstances. Although there are circumstances in which a marriage can be considered valid without one, the easiest way to ensure the legality of the marriage is to marry with a license issued by the county clerk in your marriage location.

Because each state is different, it’s best to check with the county clerk before you make your visit. To help you plan your elopement, I’ve listed several factors below that you may need to consider.

Most places will require you to prove that you are who you say you are. A driver’s license or passport may suffice, but a birth certificate may be required in some states. In some cases, a witness will need to be present to issue a license.

Proof of Eligibility to Marry

If this isn’t your first marriage, you may have to provide a certificate of divorce or a death certificate from the previous marriage. It’s very easy to forget this when you’re deep in the planning for marrying the new love of your life, but it can prevent you from obtaining a marriage license if you are unable to present it at the clerk’s office.

Some states will require a witness for a marriage license application, so check with the clerk’s office first. Your trusted friend or family member may find it difficult to get to you at such short notice!

Marriage ceremonies can be expensive affairs. In fact, lower costs is one of the key reasons for eloping in 2023. When you’re creating your wedding budget, be sure to add in a fee for the marriage license. The costs typically range from as low as $35 up to $200 in some states.

Remember to take your payment method with you. Most places will accept a credit card, but it may we worth checking in advance.

You may need to factor in some time for the application and actually receiving your marriage license. Although you may be handed your license straight away by some offices, in other cases it will be sent to you within a number of days.

It’s important to bear this in mind when you apply, as you don’t want to miss out by not giving enough time between your application and the wedding date.

Elopements are a great way to get married, bringing a sense of adventure and uniqueness to your wedding day. As long as you follow the regulations in the state you’re marrying in, your elopement will be perfectly legal and recognized as a marriage across the nation.

So enjoy planning your dream day. And if you need a photographer with experience of elopements, get in touch to see if I could be the right person for you.

I’m a wedding photographer with over 10 years experience. Based in Wisconsin, I specialize in elopements across the USA.

As a certified drone pilot, I can offer aerial photography for a unique views of your wedding.

I’m also being ordained through the Universal Life Church meaning that I can be your officiant and your photographer!

Get in touch with me to discuss your wedding or elopement photography.